The much-heralded changes to the Coronavirus Job Retention Scheme (CJRS) were finally announced on 29 May 2020 by Chancellor Rishi Sunak.

He also brought news of an extension to the Self Employed Income Support Scheme (SEISS) for a further three months (more about that below).

Some apparently last-minute tweaks to the planned phasing out of the CJRS meant that none of the changes were quite in line with what was expected in advance press comment. A clear constant though was the emphasis that the scheme will come to a final end in October and there will be no further extensions.

Everything remains the same until the end of June, but now from 1 July (earlier than originally announced), there will be flexibility to allow workers to come back part-time (at 100% pay for working time) and still stay on furlough for non-working time. As ever, we need the detailed guidance to understand exactly how this will work (this is due to be published on 12 June) but the Government has stated that previously furloughed employees will be able to be brought back to work for any time period and any shift pattern whilst still remaining on furlough for their usual hours not worked.

Importantly, no new workers can be placed on furlough under the scheme beyond 10 June. This date allows the current minimum furlough period of three weeks before the scheme closes to new entrants on 30 June.

From 1 August, the flexibility will continue but from this point on, employers will be asked to contribute to the cost. Firstly, from 1 August, to pay the Employer’s National Insurance and pension contributions on all pay, including furlough pay. Then from 1 September, CJRS contributions will reduce to 70% of salary and employers must contribute 10% to top this up to a minimum of 80% received by the employee. For the final month of the scheme (from 1 October), CJRS contributions will fall to 60% of salary, leaving employers to top up to an 80% minimum.

The scheme represents very welcomed continued support for many businesses – although those in sectors hardest hit by Covid19 might have hoped for additional flexibility or extensions. That the flexibility to bring back workers part-time will now be allowed earlier than expected is an important boost to many businesses. It should help significantly in allowing businesses to better manage a phased return to greater activity and hopefully minimise any job losses as a result.

Spare a thought though for embattled payroll teams up and down the country – a complex set of new legislation and guidelines that don’t match up neatly with payroll common practice and legislation is now being replaced by something with even greater complexity. It’s a good job our Sagars payroll team enjoy a challenge!

If you have any payroll queries, please get in touch with your usual Sagars contact or payroll manager, Andrew Senior.

The Chancellor also announced an extension to the SEISS and those eligible self-employed individuals or members of a partnership will now be able to make a claim for a second and final grant in August 2020. This will be a taxable grant worth 70% of average monthly trading profits for three months, paid out in a single instalment and capped at £6,750 in total.

As before, if you’re eligible and want to claim the first grant (worth 80% of average monthly trading profits for 3 months, paid out in a single instalment and capped at £7,500 in total), you must make your claim on or before 13 July 2020.

Please contact your usual Sagars manager for help with this, or get in touch with Helen Furniss. 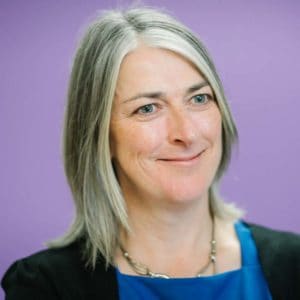