Legal sector specialist, Joel Topham, has worked with AAB colleague and Indirect Tax Director, Alistair Duncan, to explain why confusion exists around the treatment of disbursements for VAT. Their blog should equip you with the tools to make the right decision when posting disbursements to your ledgers.

For many years there was clear guidance from The Law Society about the treatment of disbursements for VAT, and solicitors and legal cashiers had a system to follow. That was until 2017 when HMRC challenged the legal sector’s approach to VAT on disbursements.

Why did HMRC challenge the legal sector’s approach?

The main issue is the definition of a disbursement. HMRC has a much narrower definition than the Solicitors Act 1974, which defines a disbursement as “costs payable in discharge of a liability properly incurred by him on behalf of the party to be charged with the bill”. This is also different to the definition within the Accounts Rules which govern how client money is protected.

For VAT to qualify as a disbursement, costs need to meet several criteria that are set out in paragraph 25.1.1 of VAT Notice 700:

Costs that do not meet the conditions to qualify as a disbursement for VAT purposes should be treated as an “outlay” or a “recharge”.  This will include such costs as the solicitor’s own travelling and subsistence expenses, phone bills and postage.  Such recharges should follow the VAT treatment of the main supply of services.

Why is there an issue now?

Prior to 2017, the Law Society’s widely followed guidance used the definition for a disbursement that was contained within the Legal Services Act, not the HMRC definition.

This came into focus following the First-tier Tax Tribunal in Brabners LLP v The Commissioners for Her Majesty’s Revenue & Customs [2017] UKFTT 0666 and the subsequent comments made in the Court of Appeal in the case of British Airways v J. Prosser [2019] EWCA Civ 547.

In Brabners, the Tribunal Judge concluded that the solicitor used electronic property searches as part of their onward supply to their client.  As a result, the searches were supplied to the law firm and could not be treated as disbursements.  In BA v Prosser, which was dealing with a cost claim in an employee injury case, the Court considered whether a medical report recharged as part of the solicitor’s service should have been treated as a disbursement or as a VATable outlay.

The Court’s comments followed the principles set out in Brabners.  In particular, the Judge stated that it would “rarely, if ever be the case” that the solicitor simply acts as a post-box for their client.  If a third party’s services (such as a medical report) have been engaged to inform the advice to the client or to facilitate the pursuit of a client’s claim, these services are considered part of the solicitor’s onward supply of legal services to their client.

The solicitor’s role was not simply to forward the medical report to the client; instead, the report was supplied to the solicitor to enable the effective performance of their service to the client.

What does this mean in practice?

Following the Brabners case, HMRC considers that very few costs can ever qualify as disbursements, but that doesn’t mean we can treat all costs as recharges either. As with all VAT issues, there is a broad spectrum, with costs that are clearly disbursements on one end, those which will never qualify following Brabners on the other, and then some grey areas in between.

To understand where a cost lies on this spectrum, we have broken the costs incurred and recharged by solicitors into four broad headings:

Payments the client is obliged to make

This is where the solicitor receives no service and is simply transferring client monies.  This is likely to refer to items such as Stamp Duty and Land and Buildings Transaction Tax (LBTT).

With the payment of statutory costs such as court fees, the solicitor doesn’t receive any service and we consider that these qualify as a disbursement.

However, where Brabners suggests that this is a grey area is when the position is considered from the client’s point of view.  The client believes that they are receiving a comprehensive service from the solicitor for the completion and submission of the relevant forms and that the court fees are incorporated in that all-encompassing service.  However, we consider that these can be differentiated from Brabners as the court fees are not used by the solicitor to inform their onward advice and they do not become a cost component of that advice.

This is the position that was addressed in Brabners where a third-party cost such as a search fee is consumed within the supply of legal services.  The solicitor uses the information from the search to inform their advice and, as a result, they are not simply incurring the cost on behalf of their client.

These will not qualify as VAT disbursements and VAT is due on the recharge of such costs to the client.

Where a law firm receives any service from a third party, such as medical reports, etc. it will be rare that these costs are true VAT disbursements.  In most cases there is no contract with the client by the provider, the services are incorporated within the onward supply of legal services and the solicitor does not simply act as a post box.

These will not qualify as VAT disbursements and VAT is due on the recharge of such costs to the client.

It’s in these last two categories that the treatment of disbursements for VAT by legal practices has changed since 2017, as this is where the position of HMRC differed from the Law Society’s guidance at the time. This position has been confirmed by the Law Society in their updated guidance around VAT on disbursements.

Hopefully, this clarifies why VAT on disbursements needs careful consideration. Even within the above categories, there are potential exceptions due to the specific circumstances of the cases. If you are uncertain about how to treat specific disbursements, you should always seek specialist advice.

If you would like our help, or you want to find out more, please contact Joel Topham or Alistair Duncan. 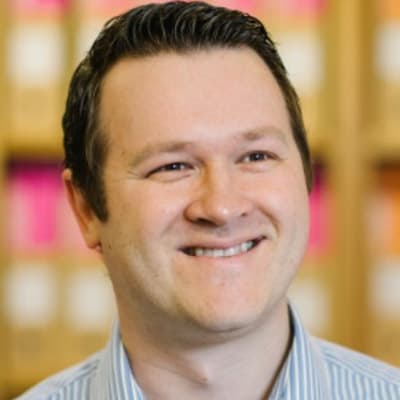 Joel is a qualified Chartered Accountant and an experienced business adviser with a varied portfolio. He is particularly experienced in looking after family-owned businesses and solicitors’ practices, advising on business management, accounting and taxation, and specialising in solicitors’ accounts, SAR and partnership tax.